Hallucinations and slow brain, NO THANKS!!

I’ve mentioned before in this blog the need to TAKE RESPONSIBILITY of your own treatment. And sometimes you need to stand up and challenge your doctors….

This sounds tricky as a patient is not really an expert on the best treatment whatever Wikipedia we read, but the reality is a the patient is the only one who really feels what is going on in his/her body. Of course doctors are trying to do their best but they may not be 100% coordinated specially across several teams, or not fully understanding the symptoms of the patience.

A couple of weeks ago I spent a few days in hospital due to some fever, which is common during the recovery from a Chemo cycle. Amongst many other things, I was prescribed a drug named VORICONAZOL ( let’s call it Vori in a friendly way). Vori is a potent anti-fungal and it was prescribed to “prevent” the growth on fungus in my lungs while my white cells where low ( very low) which happens due to the effect of the Chemo treatments. Chemo kills Leukemia cells and with it most of the White Cells in the body which fight all kind of infections like bacteria and fungus.

Vori is well know for having some interesting side effects. A good percentage of patients report HALLUCINATIONS during sleep and even when not sleeping. After a few hours of taking it I could clearly feel those effect. Closing my eyes I could see all kind of images, typically a deformation or “negative” view of something that was in my mind ( memories, thoughts, people, ideas, etc). In general it didn’t make much sense but it was a bit scary due to the negative aspect of the visions. Dreams were very intense and quite negative too. Anyway, the effects were expected so not too difficult to deal with.

I started taking Vori while I was at the hospital, and one day later, as my fever had disappeared, I was discharged and sent home but I had to keep taking my lovely Vori to ensure the protective effect.

The think is, for the second and third day I could feel that something WRONG was happening. My brain functions started to slow down, my vision became “tunnel vision” ( I could only see clear in front of you and my lateral vision decreased), sounds seemed like if I was inside of a box, and in general the speed of my thinking was decreased and it was difficult to articulate thoughts and talk at normal speed.

That is where DECISION time came. This was not working well, and the time was clearly suggesting this could be due to the lovely Vori. The doctor that had prescribed Vori was a different one than my main Leukemia doctor, and the instructions were clear that I should not stop the treatment at any cost…

So… I jumped in an Uber ( I wasn’t in conditions to drive and my favorite driver was not around) and went to Stanford Hospital to seat there until both doctors could come and have a “COORDINATION” chat. It took a few hours to get them but when checking the symptoms both agreed that Vori was the likely cause of this brain problems ( discarding scary options discussed like brain tumor or stroke!). This side effect was not common but in this case I was the lucky one 😉

So the good news is the brain symptoms stopped just one day after stopping Vori, and now I’m taking an alternative drug that doesn’t have those side effect.

And now I’m reinforced in my view that you need to LISTEN to your body, LISTEN to your doctors and sometimes CHALLENGE them to be coordinated and make you part of the DECISION. Sitting and waiting for symptoms to go away was clearly not an option.

By the way, this is not related with CHEMOBRAIN which is a well known and documented effect of Chemotherapy. I can feel some of it during my treatment days ( we are starting another cocktail round next week) and it probably explains some crazy ideas I’m having these days!! 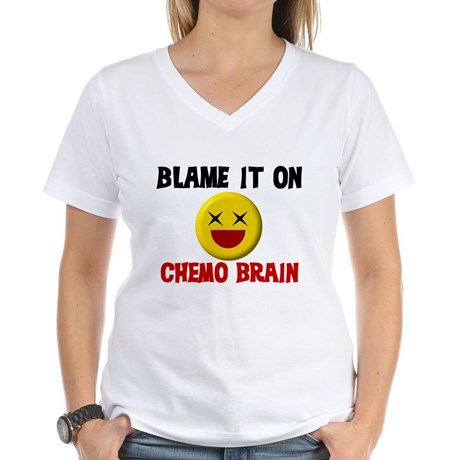 This entry was posted in Uncategorized. Bookmark the permalink.

Dont' be shy. What do you think? Cancel reply